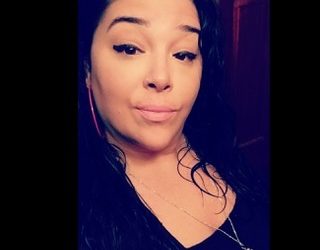 I saw that the Schenectady Peace Project was hosting a  Meditation Leaders Training for the first time in Schenectady on social media, and I immediately knew I needed to go.  In fact, Bethany approved me to go to the second of three training days (as I missed the first one), because I was so determined to find like minded people who share my “lets save our world energy.”  I also know I wanted to feel inspired by their energy as well, so we  can all grow into a massive wave of change( as opposed to being only the droplet I was as an individual).

I went to the second training and without hesitation jumped in even though I was terrified to open up in front of people I had just met. I left the training feeling great. The next Wednesday I could not get the time off work and I ended up missing it. I was upset at first but then found there would be another training soon. I made sure I was approved way ahead of time for the time off work as I didn’t want anything standing in my way. I NEEDED TO GO TO LEARN & CONNECT.

I spoke to my mother Marilyn about the training and she ( the one who taught me about meditation) was thrilled to join the training as well. We talked about it  for weeks,  and we felt a really strong pull to go. We even powwowed for an hour before the first training, and we could feel the feeling in the air was electrifying.   We went to the training and the first thing I noticed was the beautiful building where the training was held.  The Unitarian Universalist Society of Schenectady is a beautiful and classic building, and I could feel a strong alignment of the building to my own heart when I saw it.  I could sense the design of the building was chosen to facilitate the message, which for me is as important as the message itself… of spreading peace through meditation.

When we entered, we were greeted by two amazing people who introduced themselves as Anne- Marie & Jerry. They emitted Love, Joy & Peace.  We sat and met a few more people as people came trickling in. The group was small but when we did the opening mediation I realized the size of the group meant nothing!!  As the total amount of personal work that had been done by each of the individuals in the room could be felt in the power of the meditation. Once the intentional coherence based meditation was over,  I felt I was floating like I had never quite felt before and I stayed elevated as I learned more about the project for the rest of the evening.

What I realized is meditating alone has had a powerful affect on me,  but this was the first time I had meditated in a room full of seasoned meditators and I was blown away!

I was electrified that after years of yearning for a community of like minded people who weren’t only looking back at me from a screen, I had found living breathing people, and they were right here in my community!!!

I grew up in extreme religion and I am very skeptical of anything that seems boxed in with a lot of rules, but this work wasn’t even religious based at all and it still felt sacred.    I felt like a lost child that finally made it home!   I walked in my house and in the kitchen I saw my beautiful husband.  He was cooking, and he asked,  “How did it go?”

I lit up like a Christmas tree and told him all my night.  The information came out of me with an excitement akin to kids on Christmas morning. He listened, but I noticed he was watching me more than he was listening.  When I was done speaking he said ” I would really like to go!”

I looked at him with excitement and asked,  “Are you sure?”

I said,  “You know the class is two hours long after a long day of work.   Are you sure you are sure?”

I have been meditating since 2011.  We have a dedicated meditation room in our house, and he always commented when I spoke about meditation that one day he would learn to meditate, but he never did,  He said it was my Energy, My Level of Joy , Excitement & Peace that was so palpable he made the decision right then and there that he had to learn this type of meditation too.

That is the power we possess in our bodies.  We all have the capability to change the physical, emotional & mental landscape of ourselves through meditation and once our internal cup is filled with such goodness then it can’t help to continue spilling over into our city, state & across our world! NAMASTE

Are people meditating with you? If there are we would like to count them.

No Yes How Many?

Are you doing this meditation right now or in the past? Now Past